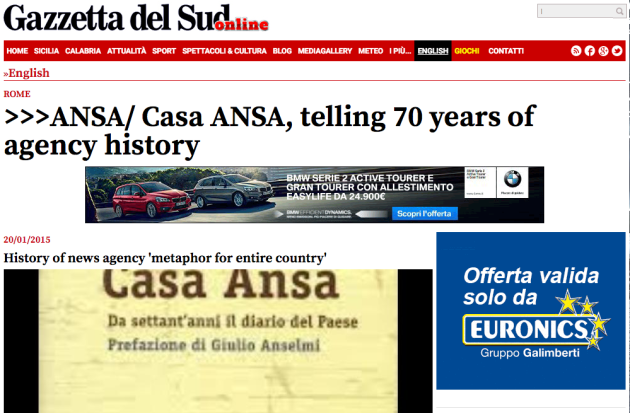 (by Michele Cassano).
Rome, January 19 – On January 15, 2015, ANSA news
agency celebrated the 70th anniversary of its founding and its
first news article reporting Allied air strikes in Germany as
World War II entered its final throes.
Since then, day after day, the cooperative created on the
initiative of dailies published in Italy’s liberated areas has
woven together the threads of the nation’s history and has often
taken part in it.
In his book Casa ANSA – the Country’s Diary for 70 Years
(Centro di documentazione Giornalistica publishers, 232 pages,
20 euros) former ANSA deputy editor Carlo Gambalonga tells the
story of those 70 years as only someone who spent almost 40 of
them at the news agency can.
The book released on January 8 is not a memoir, however.
Following a year of research and interviews, the journalist has
been able to bring to light unknown facts about ANSA’s past.
“This is the first book that tells the evolution of the
agency, which is a metaphor for the history of Italy itself,”
the author says.
“The agency sprang from the Liberation and became a symbol
of independence and objectivity”.
“I chose to dedicate my book to two colleagues that are no
longer with us, Pasquale Faiella and Francesco Marabotto,” he
said.
“They represent ANSA’s two defining characteristics – the
former its fervor and passion in seeking out the news, and the
latter its rigor and seriousness in publishing it”.
From its debut to the growth that led to its becoming the
fifth largest news agency in the world, Gambalonga tells of how
its offices moved from one location to another, starting in Via
di Propaganda – which had been that of the historic Stefani
agency founded in the mid-19th century – to its current
headquarters in Via della Dataria.
Long ago, when the pope ruled from his seat in the nearby
Quirinal Palace just two buildings away the cardinal of the
apostolic dataria (an office in the Roman Curia abolished in
1967) was busy writing for the sake of future generations, ANSA
Chairman Giulio Anselmi notes in his preface to the book.
The international importance that the agency took on is
evinced by its being cited, for example – the author says – in
Conversation in the Cathedral by Mario Vargas Llosa. It has also
been praised by late writer and journalist Luigi Compagnone for
the language used.
“While Stendhal liked the style of the civil code,” the
writer noted, “I like that of ANSA, its robotic style”.
The story leads from the first, unofficial leadership by
Renato Mieli – discussed in the book by his son Paolo – to the
lengthy, highly productive period under Sergio Lepri and down to
the last twenty years under editors-in-chief Bruno Caselli,
Giulio Anselmi, Pierluigi Magnaschi, Giampiero Gramaglia and
Luigi Contu.
“The special aspect of working in a news agency,” said the
current editor-in-chief, “is that you are at the very center of
what is happening in the world”.
ANSA played a vital role in reporting on national disasters
such as the breaking of the Vajont dam in 1963, the 1980
earthquake in Irpinia and the Florence flood of 1966, which
then-president Giuseppe Saragat learned of through the agency.
More recently, ANSA was ‘first on the scene’ of the 2012
Costa Concordia shipwreck, transmitting eyewitness testimony
from passengers on the doomed cruise liner even before the
government itself had been officially informed of what turned
out to be Italy’s worst maritime disaster since World War II.
The agency has racked up many successes: from being the
first to report the news of Pope Benedict XVI’s resignation
thanks to Vatican correspondent Giovanna Chirri’s knowledge of
Latin, to its many iconic photographs.
The book also covers difficult editorial choices the agency
was faced with during its long history. One of these was
deciding whether or not to publish a farewell to Italians by
Umberto II of Savoy, Italy’s last king who ruled just one month
before the Italian people voted to abolish the monarchy and
become a republic in a 1946 referendum.
Another was whether to publish the first communiques by the
extreme-left Red Brigades terrorist organization.
“In both cases, the choice was to publish everything,” the
author noted.
“This was part of the agency’s duty towards the Italian
people”.
The book, Gambalonga’s fifth, is at the same time a journey
through the news and through the world of the professionals that
dedicate their lives to reporting it.
These included many women as well as men, even before the
gender quota debate arose in Italy.
Some of these journalists have become famous, said the
author.
“But most are unknown,” Gambalonga said. “They work for the
news and for notoriety. They serve their country anonymously”.
One of the exceptions is Berlin correspondent Riccardo
Ehrman, who was carried in triumph during rejoicing over the
fall of the Berlin Wall after being recognized as the person who
asked the question on television that led to the announcement
that the border had been opened.
“This is the incident that made the strongest impression on
me,” Gambalonga said. “It constituted a sort of recognition for
us all. It was as if all ANSA journalists were being carried on
their shoulders along with him”. 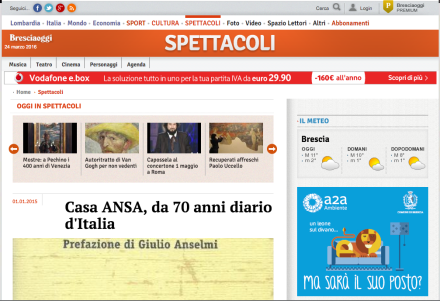 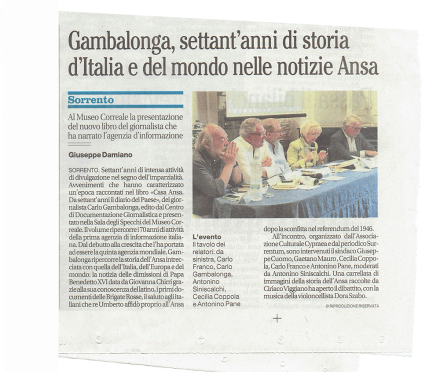 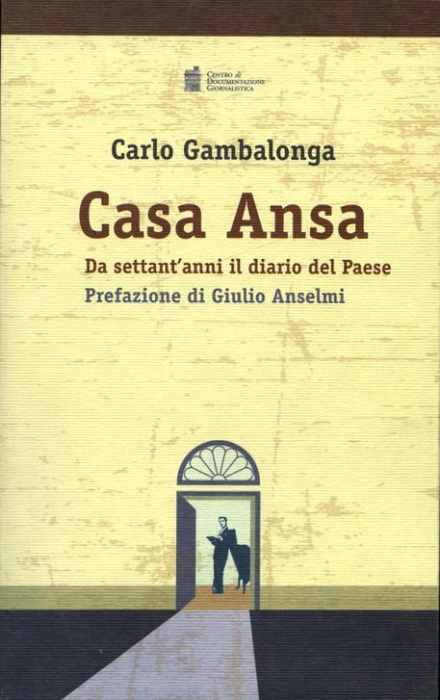 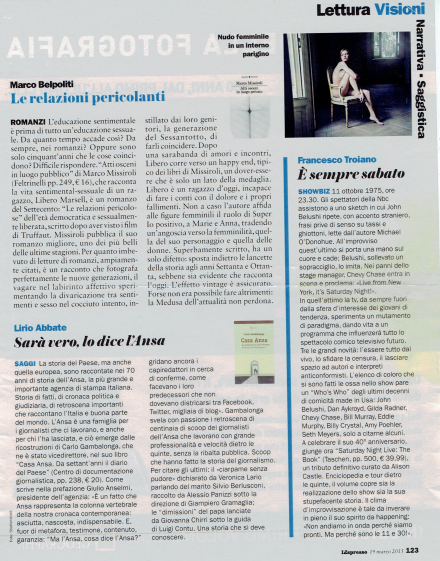 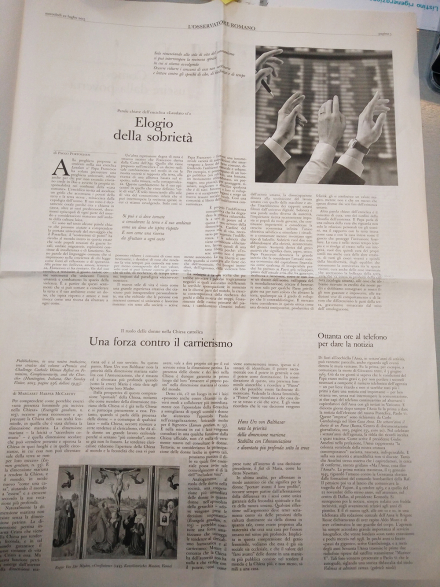